Heartburn is a painful burning sensation, experienced in the chest area due to the reflux of acid and other stomach contents in the esophagus.

This reflux triggered usually by poor diet and lifestyle is caused by the relaxation or reduction in pressure of lower oesophageal sphincter.

Heartburn is a common physiological condition, experienced occasionally by most adults but its ignorance can lead to a severe form known as gastro-oesophageal reflux disease.

How does Bromelain help in Heartburn? 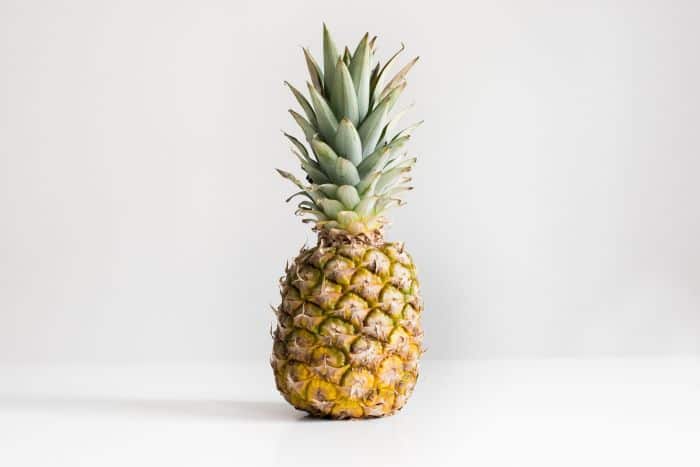 Bromelain is a crude extract from pineapple fruit and pineapple stem that contains, among other components a proteolytic enzyme, itself called bromelain.

Bromelain is one such enzyme which is used as an enzymatic supplement and for treatment of several diseases such as inflammation, ulcers, and burns among many others.

Bromelain is also used as an analgesic to reduce pain and to relax muscles, improving absorption of antibiotics and for preventing cancer.

Although it has been used for several medicinal purposes for long, there has not been much scientific evidence provided for its mode of action or proof of its effectiveness .

Bromelain serves to reduce symptoms of many common gastric disorders including heartburn.

Its healing effects are attributed to its anti-inflammatory and digestive capabilities that keep the bowel movements regular and healthy.

Given below are some of the reasons why bromelain proves helpful in reducing acid reflux and discomforts caused due to it.

A new trend in gastrointestinal healthcare and acidity problems is that it is more beneficial to enhance the digestion than to decrease the acid content of the stomach to cure acidity and heartburns.

This hypothesis is given on the basis of a fact that most antacids and anti-reflux/anti GERD medications reduce or inhibit acid flow in the stomach which causes another gastrointestinal problem of constipation or indigestion because enough amount of acid is not present to break down the food.

The solution here is to enhance the digestion by taking digestive foods more, which would help clear up the stomach faster and control the acid flow naturally.

Bromelain is one such enzyme which helps improve digestion and overall gut health.

Bromelain inhibit prostaglandins, particularly Arachidonic acid which is a hormone responsible for inflammation.

Studies have shown that bromelain controls the release of Arachidonic acid and controls inflammation in the body.

In context with heartburns, where the acid causes ulcers and inflammations due to tissue damage, bromelain reduces the inflammatory actions of prostaglandins to provide relief from the painful burning sensation that accompanies acid reflux.

Another anti-inflammatory action of bromelain includes the decrease in the production of inflammatory cytokines.

Any kind of injury in the body summons certain chemical molecules called cytokines that activate the immune system cells and produce pain, tissue damage, and defense.

In the case of gastric problems such as ulcers, acid damage in heartburns and inflammatory bowel diseases, these cytokines are released in large numbers and are responsible for the discomfort and pain.

In vitro studies on bromelain have shown that it decreases the production of pro-inflammatory cytokines like IFN-y, IL-1, and IL-6, thus minimizing inflammation of the gut wall .

Yet another effect of bromelain in inflammation is decreased in immune cells trafficking and neutrophil migration on the site of damage in the gut tissue.

Neutrophils are a type of white blood cells which accumulate at the site of injury and release inflammatory chemicals which apart from killing the parasite, damage host tissue also.

Bromelain reduces the migration of neutrophils to the site of inflammation in the gut and prevents the further damage which the neutrophils can cause .

Studies have indicated that bromelain prevents aggregation of blood platelets in the body.

All these attributes of bromelain help better absorption of nutrients from the food in the stomach, better blood flow, and better gut functioning, promoting gastrointestinal health.

How to Take Bromelain

There has been no research on what officially should be the dose of this drug but for research purposes, it has been used in specific doses.

For instance, in osteoporosis research, a concentrate called phlogenzym, containing rutin (100 mg), trypsin (48 mg) and bromelain (90 mg) mixture was given 2 to 3 times a day, which was specifically acting through improved digestion.

So this over the counter preparation can be used without prescription to alleviate symptoms of heartburn.

Regarding side effects, bromelain is considered possibly safe for most people if taken in moderate amounts.

It may cause side effects such as diarrhea, nausea, stomach, and intestinal discomfort. It may also cause allergic reactions in people having other allergies already.

Not enough is known about bromelain use during pregnancy and breastfeeding and it is advised to avoid its consumption during such time until further research is done.

It is also not advisable to consume if a recent surgery has been performed because it delays blood clotting and may induce frequent bleeding off the woofs.

It is strongly recommended to stop using bromelain 2 weeks before a surgery .

Bromelain is known to increase the absorption of certain antibiotics and thus taking bromelain along with those antibiotics known to cause side effects might worsen such adverse reactions.

For instance, taking bromelain along with amoxicillin may increase its uptake more than that required.

Amoxicillin is already known to cause certain side effects and these can increase with the increased absorption of this antibiotic.

Taking bromelain along with the medications for decreased blood clotting might induce bleeding.

Those fibrinolytic tablets (tablets which increase the time of clotting or dilate blood vessels ) are given in a concentration which is optimal for the blood as an anticoagulant. However, taking bromelain along with such tablets increase the effect of these tablets by contributing, through its own anticoagulant effects on the blood, thus increasing the risk of bleeding and bruising.

The medicines that reduce blood clotting include aspirin, ibuprofen,   heparin, diclofenac, warfarin among many others.

It is not advised to take bromelain in combination with or during consumption of these herbs as well.

There are certain chemicals in potato and soybean, which are known to slow down the absorption and activity of bromelain inside the body.

Similar effects have been seen with drugs containing zinc but there has been no proof of action shown in clinical trials.

Nevertheless, it is advised not to take bromelain when potato, soybean or zinc tablets have been consumed .

There are no known extreme side effects of bromelain known till date except in those with pineapple allergy, or any other kind of straw allergy.

Except for the above mentioned precautions, bromelain is considered safe to use and a good aid for digestion.

However, it is always advised to consult a doctor before taking any over the counter medication especially while on drugs for some other discomfort or disease, to avoid any possible causality.

A doctor should always be contacted if there is any sign of persistent discomfort due to bromelain consumption.

Bromelain is a powerful anti inflammatory digestive aid which provides an immediate relief from heartburn and its long term consumption can alleviate GERD too.

However, not much research has been done on the safe dosage of this drug and it is always recommended to consult a doctor or a pharmacist before consuming this medication.

READ THIS NEXT -
What is Best Sleeping Position for Heartburn?
Heartburn and Heart Attack : How They are Different
Popular Over the Counter (OTC) Drugs For Heartburn Treatment
5 Ways Liquorice Can Help in Heartburn