Heartburn or the Acid reflux disease is a strong burning sensation felt in the lower chest or the upper stomach due to the reflux of stomach acids in the oesophagus.

This usually occurs due to malfunctioning of the lower oesophageal sphincter, LES, which guards the stomach entry and prevents the contents to flow backward.

Though heartburn is a common ailment experienced by most by the time of adulthood and beyond, it can lead to a chronic form known as Gastro-oesophageal Reflux Disease or GERD.

Heartburn is usually caused due to unhealthy diet and lifestyle, but there can be other pathological and physiological reasons too.

In most cases, heartburn issues can be tackled at home with herbal/home remedies and lifestyle changes.

This article discusses if Aloe Vera can be used for tackling heartburn, if yes why and how to use it. 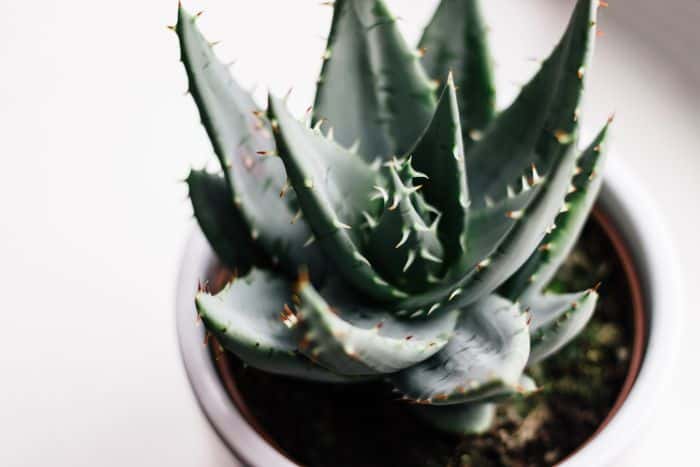 Heartburn is generally curable by a spontaneous change in diet and lifestyle.

There are many soothing diets that help in increasing digestion of food and neutralizing stomach acids and inflammation to relieve heartburns.

Aloe Vera, belonging to the lily family of plants, is considered a wonder drug for effective and faster treatment of gastric diseases, including heartburn, apart from its various other cosmetological uses.

Aloe Vera has long been used in folk medicine, with its gel, consumed either directly or as juice.

Researchers have found this gel to contain several biologically active compounds such as carbohydrate polymers, notably either glucomannans or pectic acids, along with various other organic and inorganic constituents.

Research is still going on to unveil exactly how these compounds work physiologically and scientists are certain about their healing role in various ailments including heartburns.

Given below are some beneficial Aloe effects on the gut for heartburn treatment.

An important cause of the burning sensation experienced during heartburns is because of the ulceration in the stomach and oesophageal wall due to excess acid exposure.

This creates wounds in the gut which are the source of inflammation.

An interesting study in Ukraine has revealed that plants contain a specific “wound hormone” which helps in healing of the wounds on their own surfaces.

Studies also have shown the successful healing of the wounds on experimental mice when subjected to such plant wound hormones.

Interestingly, Aloe Vera gel has been found to be an abundant source of such wound hormones and if administered in the form of fresh emulsified juice, it can heal the stomach wall as instantaneously.

Stomach acids are secreted by a group of cells called the parietal cells lining the stomach wall.

When the acid secretion increases due to certain reasons such as consumption of high-fat food and obesity, the extra acids starts refluxing back up in the oesophagus to cause heartburns.

Acid is formed in the stomach by chemicals reactions between sodium chloride and carbonic acid, catalyzed by an enzyme.

Aloe Vera is hypothesized to hinder in this reaction in such a way that it inhibits any extra secretion of acids in the stomach than originally needed.

This restores the normal functioning of the digestion without causing acid refluxes.

Aloe gel, besides preventing and healing wounds also acts as a protective agent to the gut wall.

It has been shown that Aloe Vera exerts its prophylactic and curative effects on the gastric mucosa, thereby protecting it from the stomach acids.

It increases the mucosal resistance for the chemical irritation and discomfort in the gut without changing the pH of the stomach, thereby not interfering in the normal digestion process going on.

Aloe Vera has been well described for its anti-inflammatory properties due to the presence of certain compounds present in the plant that combats chronic inflammatory reactions in blood and mucosa membranes.

In the context of heartburn and GERD, the compounds of Aloe act on the gut lining and reduce the inflammation by exerting a cooling action on the same.

Certain chemicals present in Aloe are known to break down several hard to digest fibers and tissues taken in a non-vegetarian meal reducing the load on the stomach to digest it and reducing the swelling of the stomach wall during heartburn and inflammation.

Aloe Vera sap and not gel contain compounds called anthraquinones which are known for their laxative effects meaning relaxing of the stomach and increasing the digestion.

The sap is obtained from the green leafy part of the aloe, by crushing it and is different from the gel which contains mostly polysaccharides responsible for its anti-inflammatory and healing effects.

Laxative properties help in relieving heartburn by easing up the digestion and hence, the bowel movement so that the stomach is free of pressure and reflux is prevented.

How to Consume Aloe Vera?

Aloe Vera gel, in general, is consumed as a whole, or in the form of chilled juice, which makes it somewhat less distasteful and easier to consume.

Therapeutically, the gel can be emulsified with a compound called petrolatum which acts as a laxative to the stomach and protects the gel from degradation.

Aloe injections can be given intraperitoneally to prevent excessive gastric acid secretion.

This method, however, is not yet widespread as the clinical trials are still going on.

Not just fresh Aloe Vera, but the dried Aloe powder made from the gel is equally effective.

Aloe powder can be dried and refrigerated for about 2 months and taken with water to reduce heartburn and maintain a healthy gut.

Another available dry powder is the freeze-dried one where the gel is dried with a sudden drop in temperature, called lyophilization.

The gel powder, either normally dried and stored or freeze-dried, however, is less soluble in water due to the presence of hydrophobic glycoprotein’s, and it may have a bitter taste, making it difficult to ingest, but several more soluble dried Aloe powder varieties are in the market now.

Dosage and Precautions in Consumption

Aloe Vera juice is prescribed in general for daily consumption in moderate amounts such as about 45mL twice, daily.

There has been a little evidence about adverse effects of Aloe consumption and that too due to uncontrolled one.

A few reports have arisen stating mild diarrhea or loose bowels but are generally temporary and because of the long-term intake.

There are some reports of allergic effects of Aloe Vera on some hypersensitive patients and thus its consumption should be avoided if there is a known case of hypersensitivity because it may get worse due to Aloe consumption.

Aloe Vera has many amazing therapeutic effects and has long been in use in ancient medicine around the world.

Active research is being carried on the mechanisms of its effects on different ailments.

In Heartburn, aloe vera is known now, to serve as a potential healing agent of the gut wall, apart from protecting it from the stomach acids, exerting an anti-inflammatory cooling action on the gut and preventing excess acid secretion in the stomach that promotes heartburns.

The sap, other than the gel is also known to serve as a laxative which eases digestion and prevents acid refluxes in the long run if taken daily in moderate amounts.

Little has been reported about side effects of Aloe Vera and it is generally regarded safe for inclusion in the daily diet and for maintenance of a healthy gut.