Fungal infections are infections that are used to fungi, generally either dermatophytes (fungi that need keratin protein for their growth) or yeast.

Manuka honey, is different from regular honey. This honey is prepared from the nectar of wild Manuka trees found in New Zealand and Australia.

Manuka honey provides a number of health benefits, due to various compounds present in it. One of the most important of these is methylglyoxal, which has antibacterial, antifungal, antiseptic, antimicrobial and other properties.

Manuka honey, due to the presence of methylglyoxal, has an effect that stops or inhibits the growth of fungus when it is exposed to it. This anti-fungal effect is extremely beneficial as due to it, manuka honey can be readily used as a home remedy for common fungal infections of the skin, nails or scalp.

A study published in March 2011 looked into this anti-fungal effect against common dermatophyte fungi (fungi that need keratin for growth) .Dermatophytes usually cause infections on the surface of the skin, nails, and scalp.

Furthermore, regular honey was also used in the course of the study and it seemed to have no effect on the fungi, proving that the anti-fungal action of manuka honey is probably due to methylglyoxal.

What does this mean?
Manuka honey has proven anti-fungal activity against various fungi that cause diseases of skin and hair. 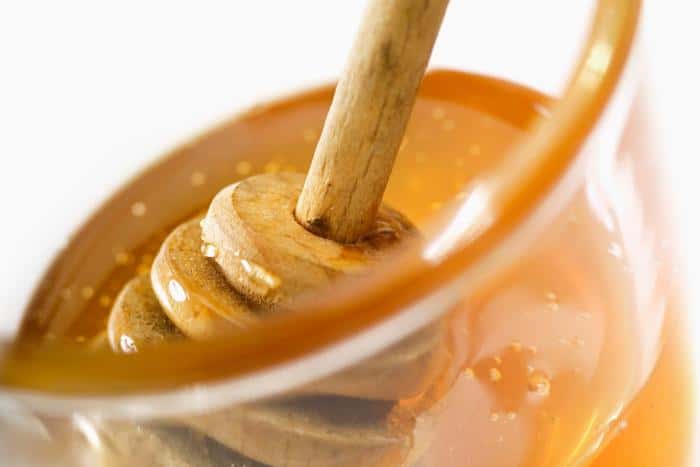 Here are a few common fungal infections that manuka honey is known to be effective against.

Athlete’s foot is a very common fungal infection of the skin. Honey has been observed to reduce the amount of fungus and also halts the toxin produced by the fungus .

Topical application of honey is effective in treating superficial fungal infections such as ringworm and athlete’s foot .

Ringworm is a type of fungal infection that is restricted to the skin.The infection causing fungus grows on keratin, a protein found in the cells of the skin.

Ringworm is very contagious and is common among people who play contact sports on a regular basis. Honey is known to reduce the rate of growth of the fungus .

Allergic fungal rhinosinusitis is a disorder caused by a fungal infection in the sinus cavity.

Manuka honey is effective against this disorder and is known to show overall symptomatic benefits in a very short period of time . This effect of manuka honey still needs more research.

Thus, due to the presence of methylglyoxal in manuka honey, it exhibits an effect that kills or stops the growth of a number of fungi that causes infections of the skin, nails and scalp.

This effect has been relatively well researched and a number of studies prove the potent effect of manuka honey.

What it means?
Manuka honey has an inherent anti-fungal property that helps it combat fungal infections like ringworm, athelete’s foot and fungal sinusitis.

Manuka honey is known to boost our immune system. A study conducted on January 2012 proves that this effect is due to the presence of certain Arabinogalactan proteins and Apisimin that manuka honey contains .

Once within the wound site, the manuka honey stimulates the monocytes, which are a type of white blood cells, to release a compound called TNF-alpha (Tumour Necrosis Factor Alpha).

This compound plays a very important role in initiating the process of healing and it regulates a vast array of immune cells and their function .

What it means?
Manuka honey stimulates the immune system and makes it more effective. This helps our body fight an infection more efficiently.

How to use Manuka Honey For Fungal Infections?

For oral consumption,no specific dosage for any condition is given for manuka honey. A study conducted on people in the age group of 42-64 concluded that honey was safe for regular and frequent consumption and had no observable adverse effects on the normal health of the body .

1 teaspoon manuka honey daily 3 times a day in between meals is recommended for best results . The most effective way to take it is straight from the spoon, but it may also be taken in cold or lukewarm water.

Some people may have an allergy to honey, and thus a patch test is recommended 48 hours before the consumption of manuka honey to ensure safety.

While it is perfectly safe for diabetic people to consume manuka honey, a strict check on blood glucose levels should be kept as manuka honey may increase sugar levels in the blood.

Manuka honey can be used as an effective home remedy against common fungal infections due to its anti-fungal activity which it has due to the presence of methylglyoxal in it.

In addition, manuka honey gives a boost to the immune system and this helps the body fight the infection faster and more efficiently.