LDL cholesterol is often referred to as the bad cholesterol because of the role it plays in hyperlipidemia and arteriosclerotic conditions.

The higher the levels of LDL cholesterol, the more are the risk to develop cardiovascular ailments.

Thus, it is very necessary to keep a check on the levels of cholesterol and lipids in the blood.

The Cinnamon plant is native to South Asia and South America and has been used as a spice since time immemorial.

However, in the recent past, this spice has been investigated for its beneficial medicinal properties.

The two major varieties of cinnamon which are used all over the world are Cassia cinnamon and Ceylon cinnamon.

The Cinnamon and LDL connection

Since a large number of research reports have suggested that cinnamon extracts and essential oils can help to reduce the blood glucose levels, scientists began to consider the possibility that cinnamon could also play a role in controlling levels of lipids in the blood.

This is because hyperglycemia and hyperlipidemia are intricately associated with each other and often act in co-ordination leading to the development of numerous cardiovascular disorders and attenuated function of the vascular system.

A large number of studies have been conducted all over the world in an attempt to elucidate the possible role of cinnamon in reducing levels of cholesterol and LDL some of these have been illustrated below.

An indirect proof that cinnamon could help to lower LDL levels in the blood came from a research study in 2000 which checked the effect of 49 different herbs and medicinal plants on insulin.

They found that cinnamon was the most bioactive product amongst all those tested and suggested a possible use of cinnamon to improve glucose and insulin metabolism.

As diabetes and cholesterol levels are very closely related, it would not be wrong to speculate that cinnamon would help to improve the hypercholesterolemic condition (a condition which occurs when the levels of cholesterol in the blood are very high i.e. higher than 240 mg/dL ) as well.

A study published in the reputed journal, the American Diabetes Association has shown that cinnamon improves glucose and lipids of type 2 diabetes individuals.

As a part of the study, they characterized the levels of total cholesterol, LDL cholesterol, blood glucose, triglyceride, etc. in Type 2 diabetes patients in response to a dose of cinnamon.

The research design involved 60 patients which were divided into 6 groups. 3 groups were then given a 1g, 3g or 6g dose of cinnamon daily whereas the other 3 groups were the control groups and treated with the placebo.

This treatment was given for 40 days and the levels of the mentioned biomolecules were determined.

It was found that after 40 days, the cinnamon does significantly reduced the levels of glucose, triglyceride as well as LDL cholesterol and total cholesterol.

From this study they concluded that cinnamon in varied doses can help to treat the diabetic condition and the associated risk factors of cardiovascular diseases including hypercholesterolemia. 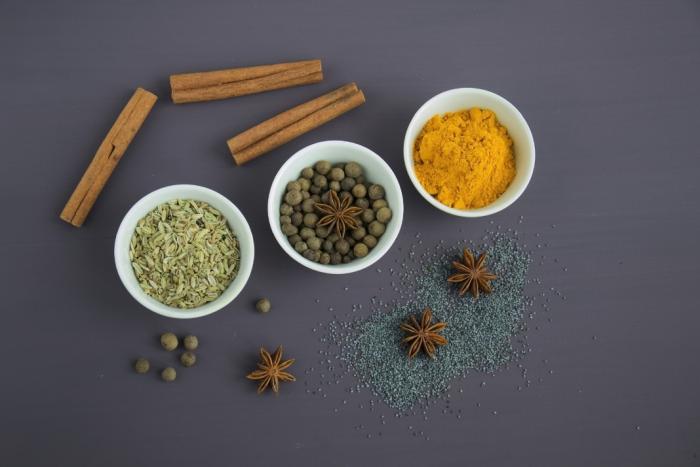 In a study conducted on rats, the effects of cinnamon on the glycemic control (levels of blood glucose in a diabetic individual) and lipid profile (a simple blood test which is performed after 9-12 hours of fasting to eliminate any effects of the food recently ingested to determine the cholesterol levels ) in healthy and diabetes-induced rats was checked.

The trial was conducted in two phases.

All these tests were performed for a period of 1 month. Appropriate placebo controls were also maintained.

They found that after a period of one month, in the 1st phase trial, there was no significant change in the blood glucose levels after cinnamon treatment.

However, after giving oral glucose, there was a steeper decline in the level of blood glucose.

LDL cholesterol levels were low in both the healthy and diabetes-induced rats in the 2nd phase trial.

Thus, they concluded that the cinnamon helped to improve the lipid parameters and lowered blood glucose and food intake in diabetes-induced rats.

Thus, the cinnamon is even more effective in lowering LDL cholesterol in the diabetic condition as compared to the healthy condition.

This review article published very recently gives a very good overview of the various results in the case of cinnamon and LDL cholesterol.

They have carried out a meta-analysis to evaluate the effects on cinnamon on hyperglycemia (a condition which is characterized by higher than normal blood glucose levels i.e. above 130 mg/dL ) and lipid levels.

This study is particularly important since there are several conflicting reports regarding the purported reduction of cholesterol levels by cinnamon.

In this meta-analysis, the researchers included Randomized Controlled Trials ( a type of study in which people involved in the trial are assigned at random to either receive the treatment or the placebo to ensure there is no inherent bias which might skew the results ) from various databases such as MEDLINE and Embase.

They confirmed that cinnamon can significantly lower total cholesterol as well as LDL cholesterol.

They also showed that in 10 trials, a cinnamon dose of 120 mg/day to 6g/day for 4-18 weeks helps to reduce fasting plasma glucose levels as well as total cholesterol, LDL-cholesterol and triglycerides.

Thus, they were of the opinion that cinnamon has beneficial effects in controlling the lipid levels.

They attributed the conflicting reports to the fact that the preferred dose and duration of therapy have as yet not been standardized.

Another study carried out on a mouse model revealed that cinnamon could help lower blood lipid levels.

As a part of the study, type 2 diabetic mice were divided into 2 groups-treatment or placebo and the treatment was carried out for once a day for 6 weeks.

They found that after 6 weeks, the serum HDL-cholesterol levels were significantly higher.

They also reported that the levels of total cholesterol and triglycerides (a type of lipid ) were much lower.

The lipid profile was thus much healthier after administering cinnamon.

Thus, cinnamon could help lower the blood lipid levels and thus, help to alleviate the risk of cardiovascular diseases.

A study was conducted on zebrafish (Danio rerio-a fish found in the tropical waters ) to analyze the effects of the aqueous extracts of cinnamon on the anti-atherosclerotic activity.

In this study, hypercholesterolemic zebrafish were treated with a combination of cinnamon and clove extracts and their effect was checked.

It was found that they had the strongest inhibition towards copper-mediated LDL oxidation and LDL phagocytosis (the process by which cells engulf or ingest particles ).

This combination also inhibited the enzymatic activity of cholesteryl ester transfer protein and the effect was concentration dependent.

In addition to this, the spices combined helped to lower the lipid levels in hypercholesterolemic zebrafish as well as the serum cholesterol and triglycerides level.

The atherosclerotic condition is characterized by the accumulation of LDL and thus, a reduction in lipids due to cinnamon can help develop this herb as a potent cure for atherosclerosis and lipidemia (accumulation of lipids in the blood).

A study conducted in 2009 studied the effect of cinnamon supplements in Type 2 diabetic individuals. Here, 75 subjects were chosen for the trial and 6g cinnamon dose was given orally, thrice a day for 4 weeks.

The levels of fasting blood glucose and lipids were determined before and after giving the cinnamon dose.

They found that the levels of total cholesterol, LDL-cholesterol as well as fasting blood glucose fell after 4 weeks of cinnamon treatment.

This fall was statistically significant and therefore, the scientists concluded that cinnamon could prove beneficial for Type 2 diabetes patients.

In 2011, a group of Indian scientists published a report which elucidated the effects of cinnamon extracts on blood glucose and lipid profile in diabetic rats.

They found that a 400mg dose had better effects on the lipid profile as compared to the 200mg dose. However, the effect on blood glucose was the same.

One such report was published in 2006 and was regarding the effects of cinnamon on the glycemic control.

Always use Ceylon cinnamon and not Cassia cinnamon. Cassia is richer in coumarin, a compound which is toxic to the kidney and the liver.

Any type cinnamon should not be consumed in excess.

It is recommended that the daily intake of cinnamon should be lower than 6g and continued consumption for a very long time should be avoided.

As always, if you are on medication of confused, before consuming cinnamon as a medicine, it is very necessary to consult a physician or a doctor to avoid any ill-effects.

In conclusion, we can say that cinnamon does seem to have beneficial effects with regards to LDL and lipid levels.

However, how beneficial the consumption of cinnamon would be in treating cardiovascular conditions is yet to be determined.

Also, there is an added problem of toxicity due to enhanced coumarin levels, especially in case of cassia cinnamon.

Thus, it is necessary to perform more experiments to determine the true potential of cinnamon.