Diabetes also called diabetes mellitus is a disease that occurs due to high levels of sugar in the blood.

It is related to a hormone produced by the pancreas called insulin which is responsible for absorbing glucose from the food into the cells which can be used for energy.

When the body fails to produce enough insulin-glucose stays in the blood instead of getting absorbed into the cells.

Diabetes faced by people all over the world and has no permanent cure however it can be managed by bringing about changes in the lifestyle such as regular exercise and eating healthy to either prevent it from developing or prevent its further progression.

Researchers have found that consumption of wheatgrass prevents diabetes and plays a beneficial role in its management. This can help prevent its progression.

What is Wheatgrass and its Benefits?

Wheatgrass is obtained from the cotyledons of the wheat plant.

It is the part of the wheat plant extracted before wheat begins to form and thus it is gluten-free.

It is usually extracted in the powdered or liquid form. Products made from wheatgrass is used are available as nutritional supplements in the market as wheatgrass is rich in chlorophyll, amino acids, vitamins, minerals, and enzymes.

It is commercially available as a frozen juice, powder, tablets, lotions, and sprays.

6 Benefits of Wheatgrass For Diabetes

Wheatgrass possesses high potential for the treatment of diabetes. Research has indicated that Wheatgrass which is enriched with nutrients has therapeutic properties beneficial in treating diabetes as well as symptoms related to it. The benefits of wheatgrass for diabetes are discussed below - 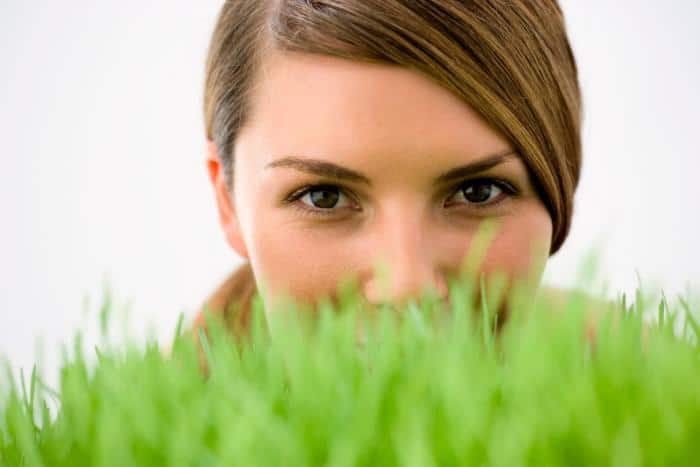 1. It has anti-diabetic activity

Hypolipidemia is low levels of lipids. Similarly, hypoglycemia occurs when blood sugar levels fall below normal due to the absence of enough insulin to utilize the glucose.

It may occur due to taking too much insulin or diabetes medication, increased physical exercise by neglecting diet, skipping meals or drinking alcohol. These lead to weakness in the body.

On the other hand, hyperglycemia is high levels of glucose in the blood. These conditions lead to the development of diabetes or further complications in diabetes.

A study carried out by Mohan et al. in 2013 reported that ethanolic extracts of wheatgrass administered in an animal model of diabetes were found to have anti-diabetic effects.

Another study published in Toxicology and industrial health in 2016 reported that supplementation of wheatgrass in animal models of diabetes shows significant positive results in the treatment.

Results of the study showed that wheatgrass administration reduces oxidation of glucose and levels of insulin and liver glycogen thereby posing hypoglycemic effects.

What does this mean? Wheatgrass has shown positive results in various research studies aimed at treating diabetes. It can be used in diabetes treatment by consumption on a regular basis for positive results.

2. It has anti-oxidant defenses

The increase in levels of oxygen free radicals causes oxidation of glucose, proteins, and lipids contributing to diabetes mellitus.

A study published in Phytotherapy Research in 2006 determined the anti-oxidant properties of wheatgrass by various methods.

Results showed that extracts of wheat grass were capable of inhibiting lipid peroxidation and the antioxidant properties of wheatgrass were linked to the presence of phenolics and flavonoids contained in it.

The capacity of the absorbance of free radical species by wheatgrass extracts was found to be higher than natural extracts and vegetables.

A study carried out by Sethi et al. in 2010 evaluated the antioxidant potential of wheatgrass in high-fat diets that induce oxidative stress.

The study observed that when wheatgrass was administered the level of malondialdehyde was significantly reduced along with an increase in glutathione and Vitamin C levels.

These effects reduced hyperlipidemia and oxidative damage induced by a high-fat diet.

What does this mean? The anti-oxidative potential of wheatgrass can prevent oxidative stress linked to diabetes mellitus. It acts upon enzymes linked to oxidation in the body by various mechanisms.

3. It has anti-inflammatory properties

High blood sugar levels in the body raise the risk of inflammation of the blood vessels, thereby damaging them.

To keep a check on chronic inflammation in diabetes one can include anti-inflammatory wheatgrass juice in the diet and consume it on a regular basis for positive results.

It can also help in reducing inflammation in foot and leg ulcers that are a common complication in diabetic patients.

According to a recent study published in Phytotherapy Research, polysaccharides derived from wheatgrass have anti-inflammatory properties that can protect from liver damage.

The polysaccharides were found to inhibit the release of inflammatory molecules, cytokines by suppressing transcriptional activity of nuclear kappa beta factor.

What does this mean? Wheatgrass extracts, as well as the juice made from it, possesses anti-inflammatory properties that can prevent inflammation of blood vessels, leg and foot ulcers in diabetes.

4. It benefits in weight loss

Obesity or weight gain increases the risk of developing diabetes. It is important to keep a check on weight to prevent the risk.

According to an experimental study published in the International Journal of Food and Nutritional Sciences in 2013, Wheatgrass has been found to be effective in weight loss.

The study mentioned that wheatgrass juice, is an inexpensive and effective way to reduce weight as it works by stimulating metabolism and preventing food cravings that cause overeating and weight gain.

What does this mean? Weight gain is closely associated with diabetes, and therefore one needs to keep a check on weight gain. Consuming wheatgrass juice is an efficient way to prevent obesity and reduce the risk of diabetes.

5. It initiates wound healing in leg and foot ulcers

Wheatgrass has been found to be an effective wound healing agent. It can be used to relieve diabetic patients from leg and foot ulcers. The ulcers are painful and inflamed most of the times.

These ulcers are very prone to contracting bacterial infections and therefore must be treated immediately.

Chlorophyll present in wheatgrass plays an important role as an ointment in curing leg and foot ulcers.

An observational study mentioning beneficial effects of wheatgrass pointed out that research studies confirm its use in wound healing especially ulcers and skin lesions.

It has been found that the chlorophyll present in wheatgrass has a bacteriostatic activity that can aid in wound healing. This can prevent bacterial infections in the ulcers.

What does this mean? Wheatgrass oils, creams, and lotions can be as an ointment on the affected area for efficient wound healing of the ulcers in diabetes.

Diabetes can cause an increase in cholesterol levels and reduce levels of good cholesterol. This increases the risk of heart diseases.

A study conducted by Sethi et al. in 2010 demonstrated the effects of wheatgrass on oxidative stress in high-fat diets.

Results of the study showed that supplementation of wheatgrass reduced the total cholesterol levels and increased levels of good cholesterol.

There is no specific dosage of wheatgrass for diabetes. It varies from person to person. A single dose of wheatgrass can range from 3 grams up to 6 grams per day.

It is most commonly consumed in the form of juice. Drinking a glass of fresh juice of wheatgrass can yield positive results.

It can be included in beverages and smoothies. It is also available as supplements in the form of tablets and capsules.

There are adverse side effects or toxicity observed on the consumption of wheatgrass. However certain general precautions must be considered.

Allergic reactions like pain and swelling occur in rare cases. Nausea and headaches are mild side effects that are common.

However, if any of these are observed. one must stop the consumption of wheatgrass immediately to avoid chronic conditions.

Wheatgrass is a good detoxifying agent however during detoxification our body may experience certain side effects like coughing, fever, stomach ache among others.

Thus, one must be aware of all potential side effects of wheatgrass before starting its daily dose.

Pregnant and lactating women must refrain from consumption of wheatgrass or its supplements.

Those opting for supplements rather than the natural form must consult a health practitioner before incorporating it into the diet.

Wheatgrass is an essential plant product capable of curing and preventing the development of diabetes.

It is enriched with nutrients and provides therapeutic properties beneficial in treating diabetes as well as symptoms related to it.

Its use as an anti-diabetic agent can be promoted. It has fewer side effects and is considered safe for consumption by scientists and nutritionists.